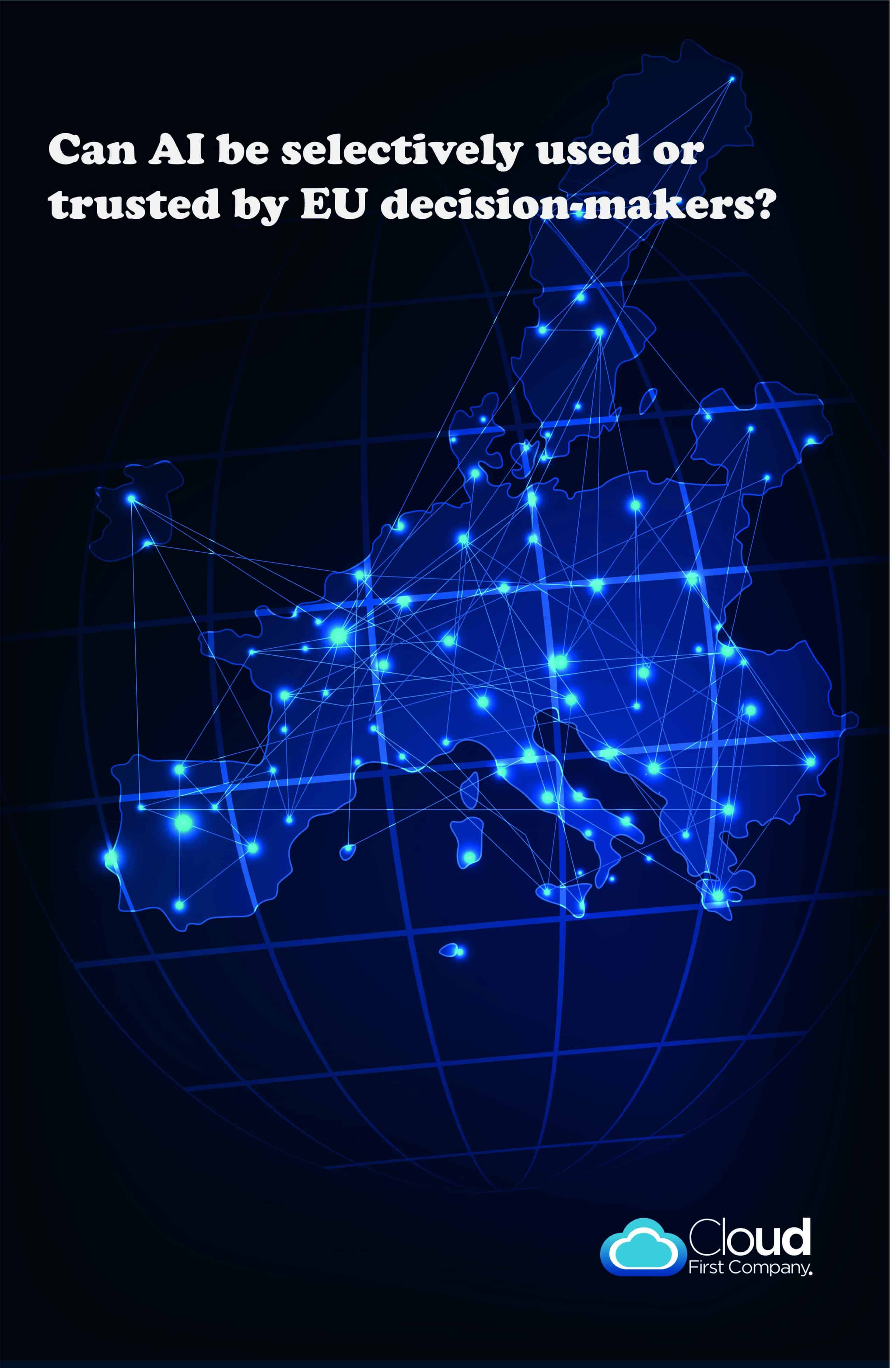 Can AI be selectively used or trusted by decision makers?

There are many positives coming from EU commission president Ursula von der Leyen for AI.

In her political guidelines, Ursula von der Leyen stressed the need to lead the transition to a healthy planet and a new digital world. In that context, she kick-started the debate on ethical Artificial Intelligence and the use of big data to create wealth for societies and businesses.

AI is a collection of technologies that combine data, algorithms and computing power. Discrimination and bias can show for example in the gathering of data, and how the data’s processed. Organizations that use AI can be held responsible for these biases in the implementation of artificial intelligence, for example in the use of packages (pre-built code) you can add to applications to give better functionality for example facial recognition software.

AI has to power to enhance and change our lives enhancing decision making through better performance and data analytics, for example in healthcare (e.g. making diagnosis more precise, enabling better prevention of diseases), increasing the efficiency of farming, contributing to climate change mitigation and adaptation, improving the efficiency of production systems through predictive maintenance.At the same time, Artificial Intelligence (AI) entails a number of potential risks, such as opaque decision-making, gender-based or other kinds of discrimination, intrusion in our private lives or being used for criminal purposes

Tying in with AI excellence and trust, are calls for digital centres in Europe to be carbon neutral by 2030.The use of AI systems can have a significant role in achieving the Sustainable Development Goals.